Well, that happened. And by that, I mean probably one of the best episodes Arrow has ever delivered, and absolutely the very best Felicity-centric episode in the history of this show. Just when I thought they couldn’t possibly top last week’s amazing hour, they go and deliver everything I have ever wanted to see on this show.

I’ll be honest here, I don’t even know where to start. My brain has been stuck on Olicity and Michael Emerson, and how freaking amazing it is that these two things are actually going to go together — or against one another. Whatever. And I say Olicity as an entity, because those two are not letting go of each other anytime soon.

I spent this entire episode basically on cloud nine, smiling so hard that my cheeks hurt, and so ridiculously happy to finally watch these two crazy kids back together on my screen, making heart eyes at each other.

Long story short, remember Cayden James? The uber hacker dude Felicity helped break out of an ARGUS prison? Yeah, turns out he is actually a criminal mastermind and wants to take over the world. Alena shows up at Felicity’s loft, asking for her help, after Cayden beat her up. Also, Cayden James is Michael Emerson, aka Ben Linus from LOST, and I just couldn’t be happier to see him playing a creepy villain on my screen again.

So James wants to literally break the internet, which would be catastrophic in our modern world, as pretty much everything depends on it today. He enlisted Black Siren’s help — he was the one who saved her in Lian Yu — and she has been killing the guardians of the internet, so to speak, in order to get their fingerprints.

So with that scenario in place, let’s talk about the highlights of Arrow season 6, episode 4 “Reversal”.

7. The date. This was the moment we had all been waiting for, and they did it with perfection — even if Felicity had to leave abruptly. The setting, their easy conversation and banter, the whole relaxed atmosphere they had going on, it was all perfect. And I loved that their role reversal started right off the bat, with Felicity being the one that had to leave their date.

But what really got to me was just how familiar and comfortable and affectionate they are with each other. That moment when Felicity kisses him goodbye before leaving was probably one of my very favorite scenes ever on this show. I have no idea how people can even say they are not a good fit, because that, my friends, is what scorching chemistry looks like.

6. Curtis is a total Olicity shipper. He even said so himself, when he found out Felicity had interrupted her dinner with Oliver to go help the team. He is 100% responsible for that amazing scene that followed, with Felicity walking into her apartment, talking to Oliver on the phone, and inviting him to come over for dessert. Curtis, we love you so much for that.

5. Overprotective Oliver vs Overprotective Felicity. Oliver followed Felicity and Alena into the shady club they went to, so they could get a ghost mirror drive — whatever that is — to get into Cayden’s system. So when they get there, the security guards shove them into a room, and Oliver promptly follows them in, kicking everyone’s ass.

Only when Felicity pulls a gun on him, does he reveal himself, and things do not go well. Felicity uses her loud voice on him, and explains that she didn’t want him to come with her because she was protecting him. FBI lady has him on 24/7 surveillance, so Felicity was trying to keep him off her radar. But he was just worried about her going into a place like this without backup, so he followed her anyway.

These adorable idiots. Even when they’re fighting, they are still brilliant.

4. Michael Emerson. I’m sorry, but I am just as excited as Stephen Amell was when he found out Emerson was going to be on the show this season. I have been a fan of his since his absolutely perfect performance as Ben Linus on LOST, and he was the villain I loved to hate. His performance now as Cayden James is so very reminiscent of Ben, and I yelled “I knew it!” the second he introduced himself to Felicity.

I am so, so happy Felicity is finally getting a decent storyline, and I couldn’t be happier about her archenemy. I’ll be honest, and say that I hadn’t even considered Emerson could be Cayden James. Mostly because I thought James would be a younger guy — about Alena’s age — but I was so pleasantly surprised when it turned out to be Michael Emerson.

Have I mentioned I love him very, very much yet? Because I do.

3. Oliver giving sage advice. That scene at the loft — after Alena got shot, and Felicity was feeling so incredibly guilty about everything that had happened — was a testament to how much Oliver has grown and matured, and is now finally a functioning, somewhat emotionally healthy adult.

That was character development at its very best, and both Stephen Amell and Emily Bett Rickards brought their A game. When she asks him what she would say to him in this situation, and her eyes are filled with tears…that just about broke my heart, but also gave me all the feels. In fact, this entire episode gave me all the feels.

2. The ultimate role reversal. When Oliver started to guide Felicity in the Vault, while all hell was breaking loose and they were trying to stop Cayden James, things couldn’t possibly be better. That entire sequence was just so amazing, and endearing, and filled with meaning and feelings and love, and I was just melting into a puddle of feels, despite the fact that there were thugs chasing down Felicity with guns, and Team Arrow was kicking some serious ass.

Because, even though,he stepped back from his Green Arrow duties, Oliver found a way to help and be there for her — just like he said he wanted to. When he tells her that she can do it, and that he believes in her, that alone was such a great moment, and it probably meant so much to Felicity. After all, she spent a long time thinking Oliver didn’t trust her, and to have him in her ear, saying he had complete confidence in her was probably amazing.

1. The intimacy. That was easily my absolutely favorite aspect of this whole thing. Stephen Amell and Emily Bett Rickards seem to be so comfortable with each other, that every look, every touch seem to be completely natural. “Reversal” was a testament to their chemistry and how well they work together. 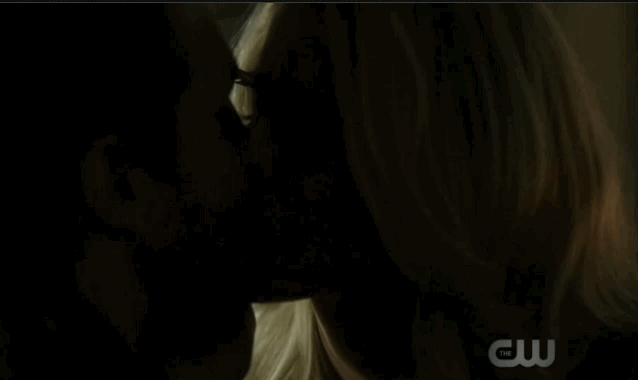 Arrow returns with an all new episode next Thursday, November 9, at 9pm on The CW.

30-something Brazilian journalist. Crazy about TV. Currently in love with DC and Marvel superheroes, that tattooed lady from NBC, clone conspiracies and dystopian futures. You can reach her at @lucianamangas on Twitter and talk about how much you love TV as well. Or puppies. Puppies are cool too. View all posts by Luciana Mangas

This site uses Akismet to reduce spam. Learn how your comment data is processed.